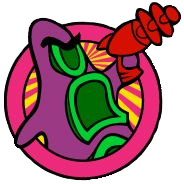 "The American government has succeeded in installing a special chip in nearly all of the nation's computers. This has allowed them to establish a vast surveillance network. All this is very troubling for Millard, a high-ranking CIA official who supplements his government paycheck by secretly running an international traffic in illegal arms. To put an end to this national espionage program, codenamed 'Third Nail', Millard needs an operative unknown to any government agency; someone competent, but malleable. That's when he comes across the file of an ex-soldier, who has recently quit an Air Force commando unit. His name is Dwight Delano Tyler. Tyler is an innocent, patriotic young man, ready to give his all for a cause presented to him as just.  As yet, he knows nothing of the twisting paths and double-crossing deals of the world of espionage. As yet, he is not known as Code Name Alpha...The explosive spin-off from one of today's best spy series."